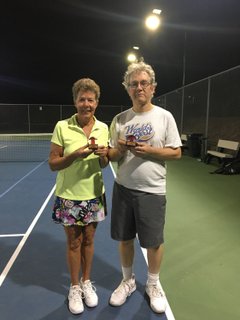 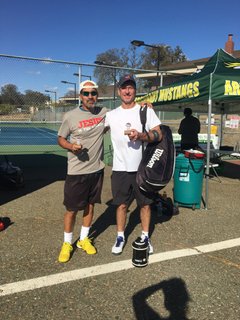 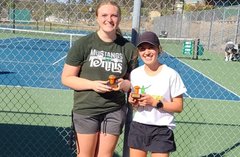 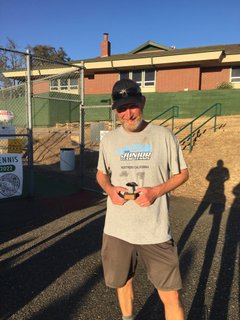 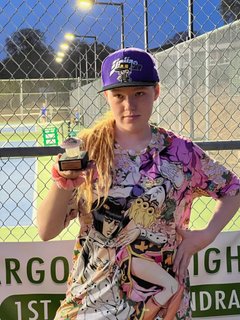 The Amador Tennis Club (ATC) recently held a fundraiser tennis tournament for local tennis players and to support tennis in Amador County. Approximately 25+ high school students and adults of all ages participated on October 21 and 22 with matches being played at both high school tennis courts. In the men's doubles division, the winners were Kim Nielson and Mike Mahoney. In the women's doubles division, the winners were Maeve Klement and Lily Carson. Dan Klement won the men's singles division and Rachel Wilson was victorious in the women's division. Dave Hopman and Jill James were the winners of the mixed doubles event. There were some really close tennis matches played and several players participated in multiple events. Sportsmanship was on full display throughout the weekend of play.

"Tennis is truly a lifelong sport and it was great to see players of all ages out on the tennis courts. We had players as young as 14 years old playing in the same tournament with players in their 70's. We have a strong and active tennis community in Amador County and it was really nice to bring the tennis community together for this event" said Dan Klement, current ATC President and one of the directors of the tournament. "I would like to thank all the volunteers that made this event happen. We had so many people step up and help in some capacity to make this event a success. It was a total team effort. I would also like to thank all the players for signing up and exhibiting such great sportsmanship."

A portion of the proceeds from the tournament will be donated to the Mike Daly Memorial Scholarship Fund. Mike was a long time Jackson city manager and active member of the Amador Tennis Club.

We thank everyone who participated and organized the tournament!